share
Twitter Linkedin Facebook Email
The Public Health program combats noncommunicable diseases and injuries by spreading solutions at national and local levels that are proven to save lives. Millions of people die each year from avoidable causes. By following the data and partnering with governments and organizations around the world, Bloomberg Philanthropies works to ensure fewer preventable deaths from tobacco use, obesity & diabetes, road crashes, drowning, and other causes.

Bloomberg Initiative to Reduce Tobacco Use 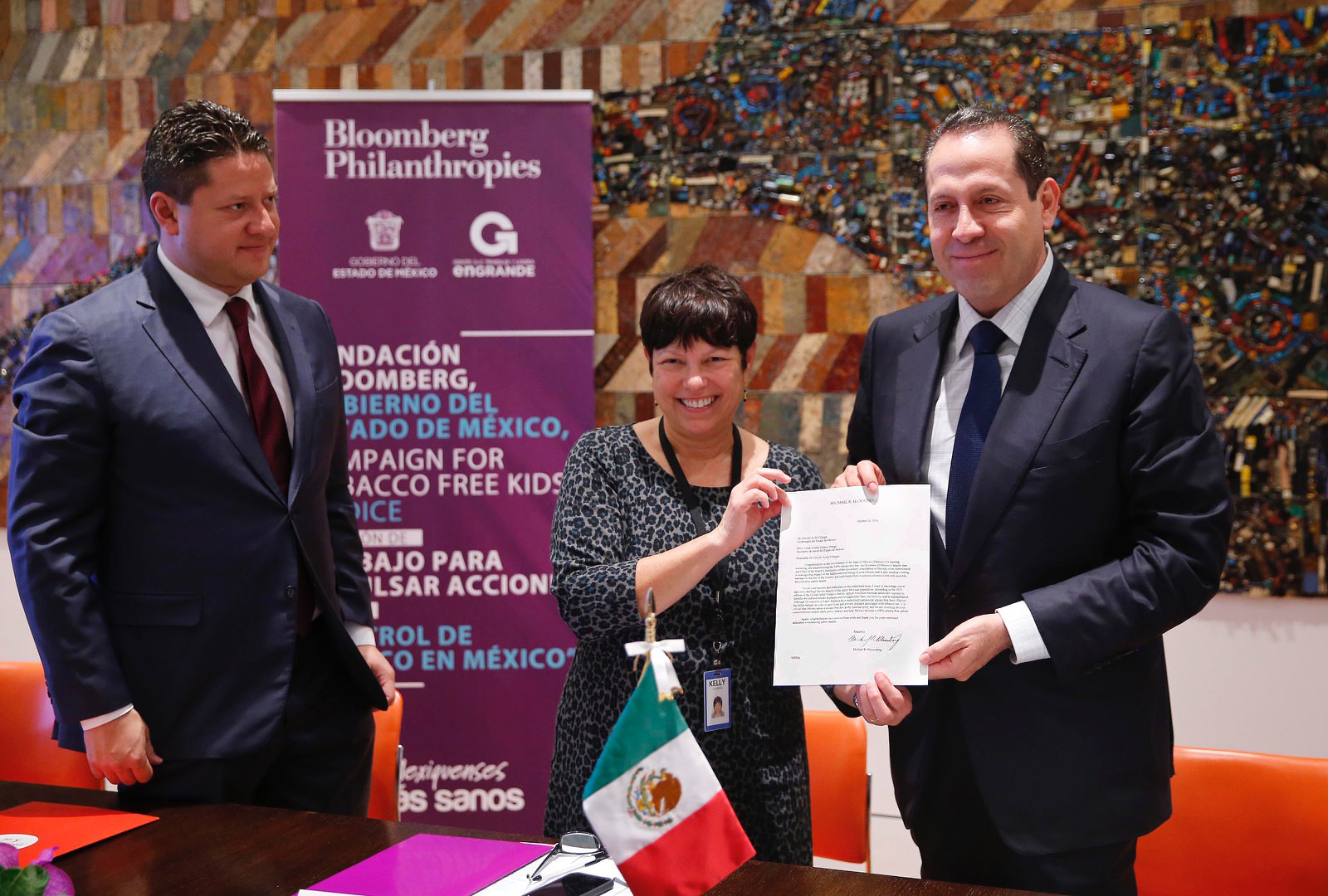 Dr. Kelly Henning, head of the Public Health team, recognizes Eruviel Ávila, governor of the State of Mexico, for his commitment to tobacco control as the state goes smoke-free.

Tobacco will claim one billion lives this century unless governments take urgent action. Bloomberg Philanthropies and its partners are making progress by reinvesting in strategies that work. Over the last ten years, Bloomberg Philanthropies’ investment in tobacco control has helped change the trends of tobacco use: global tobacco sales peaked in 2012—approximately 220 billion fewer cigarettes were sold in 2015 than in 2012. The initiative spans more than 110 countries and focuses on the world’s heaviest-smoking populations in China, India, Indonesia, and Bangladesh. In recent years, Bloomberg Philanthropies provided advice and support to cities across China—including Beijing, Shanghai, and Shenzhen—as they worked to pass comprehensive smoke-free laws. In 2016, Shanghai enacted an exemplary smoke-free law that protects the lives of the city’s 24 million residents. This new rule bans smoking inside public buildings, in offices, on public transportation, and in outdoor public areas used by minors such as in parks and near schools and stadiums. The two new smoke-free laws fully implemented in Shanghai and Shenzhen in 2017 continue the momentum for tobacco control in China, building on Beijing’s 2015 law. In 2016, Uruguay won its six-year legal battle to uphold its strong laws that work to reduce tobacco use. This effort was supported by Bloomberg Philanthropies. Following the victory, Uruguay’s President Tabaré Vázquez proclaimed, “The attempts of the tobacco companies have been roundly rejected.” 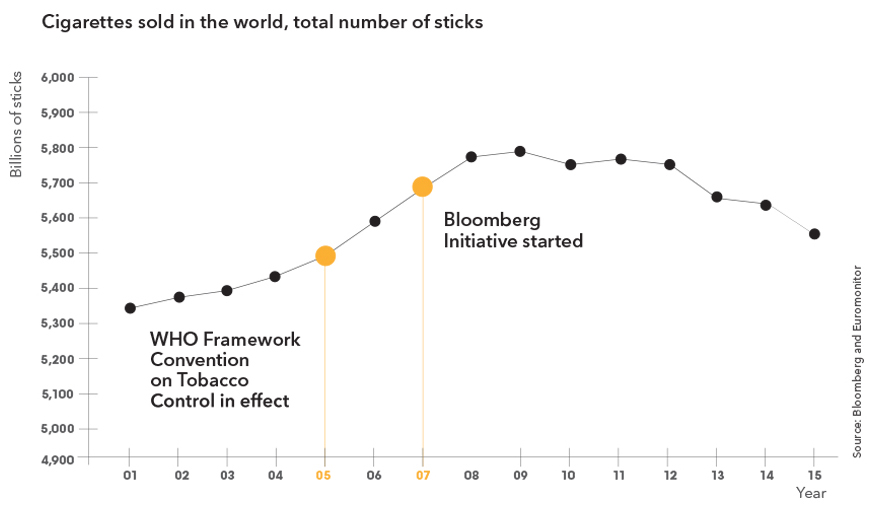 “The Bloomberg tobacco control program is the most successful global public health program of its time. There is no other program in the world that would save more lives.”
Dr. Mauricio Hernández-Ávila
Director-General (2012–2017), National Institute of Public Health, Mexico 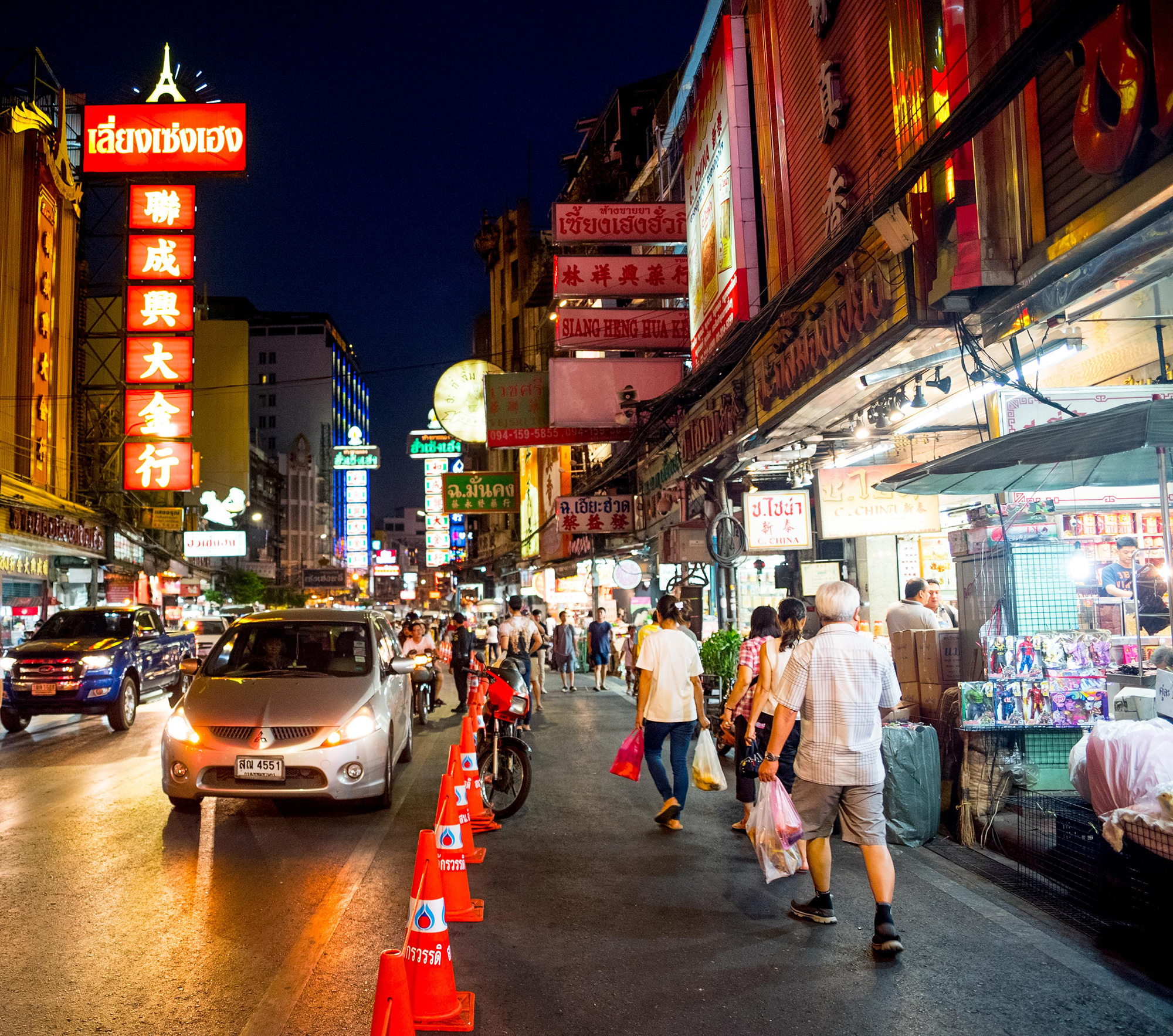 Pedestrians in the Yaowarat district of Bangkok, Thailand, are kept safe from busy street traffic with cones.

Road-related injuries are the leading cause of death among 15- to 29-year-olds around the world. In response, Bloomberg Philanthropies has dedicated more than $250 million to invest in low- and middle-income countries in an effort to increase road safety and save lives. In 2016, global partners met in Bangkok, Thailand, to look to the future, setting new goals based on the data and sharing critical best practices. Since Bloomberg Philanthropies began working on road safety in 2007, more than 3.3 billion people have benefited from strengthened road safety laws, over 90 million people have been exposed to media campaigns promoting road safety, more than 50,000 professionals have been trained on road safety tactics, and $5.4 billion has been committed by governments toward infrastructure improvements that will make roads safer. 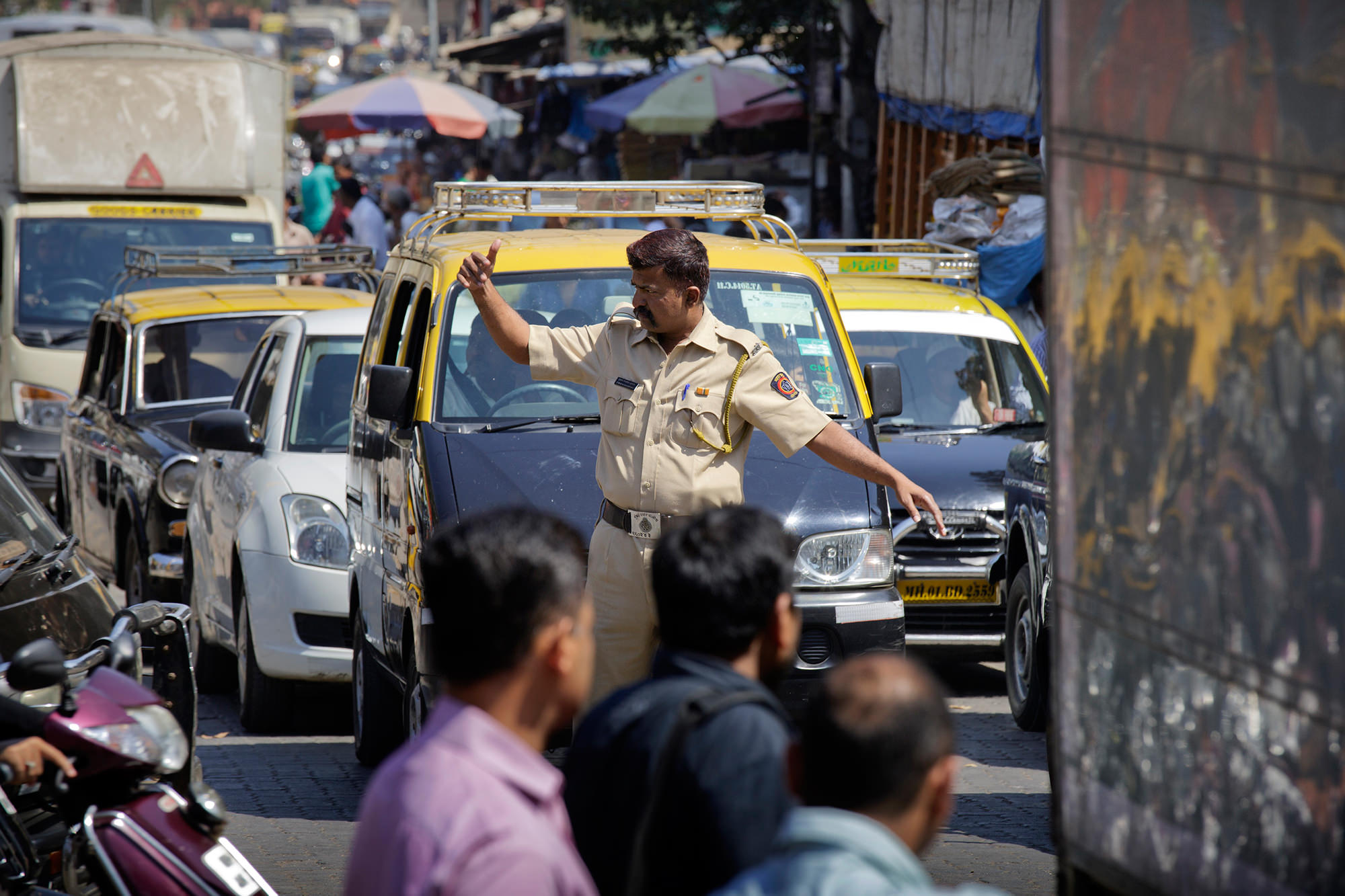 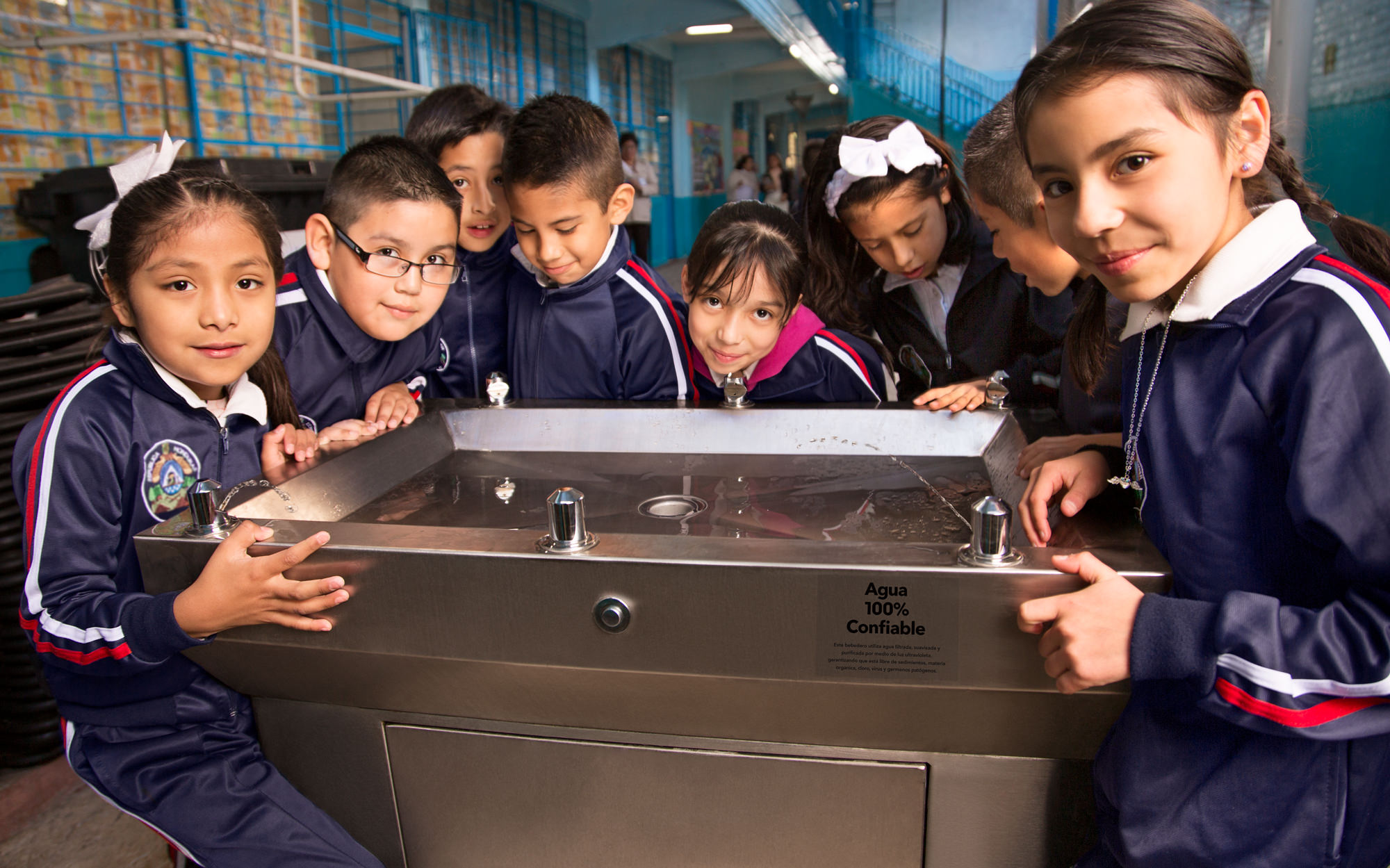 Since his time as mayor of New York City, Mike Bloomberg has led the global fight against obesity by promoting policies that limit sugar consumption and encourage healthy eating. In 2012, Bloomberg Philanthropies began supporting efforts to curb rising obesity rates in Mexico. The following year the Mexican government passed a landmark 10% tax on sugary beverages. Bloomberg Philanthropies supported a first-of-its-kind evaluation of the tax, which showed a 6% drop in purchases of sugary drinks during the tax’s first year. Success continued in the tax’s second year, with new research showing a further 9.7% drop in sales. In 2016, Bloomberg Philanthropies’ Obesity Prevention program invested in advocacy and research in Colombia, Brazil, and South Africa. Also this past year, new sugary beverage taxes spread across the United States. Mike Bloomberg supported campaigns in favor of these taxes in Boulder, Colorado; Cook County (Chicago), Illinois; Oakland, California; Philadelphia, Pennsylvania; and San Francisco, California.

“The data show that we are making progress. Sugar-sweetened beverage consumption has decreased.”
Dr. Thomas Frieden
Director (2009–2017), Centers for Disease Control and Prevention

Following the Facts to Save Lives 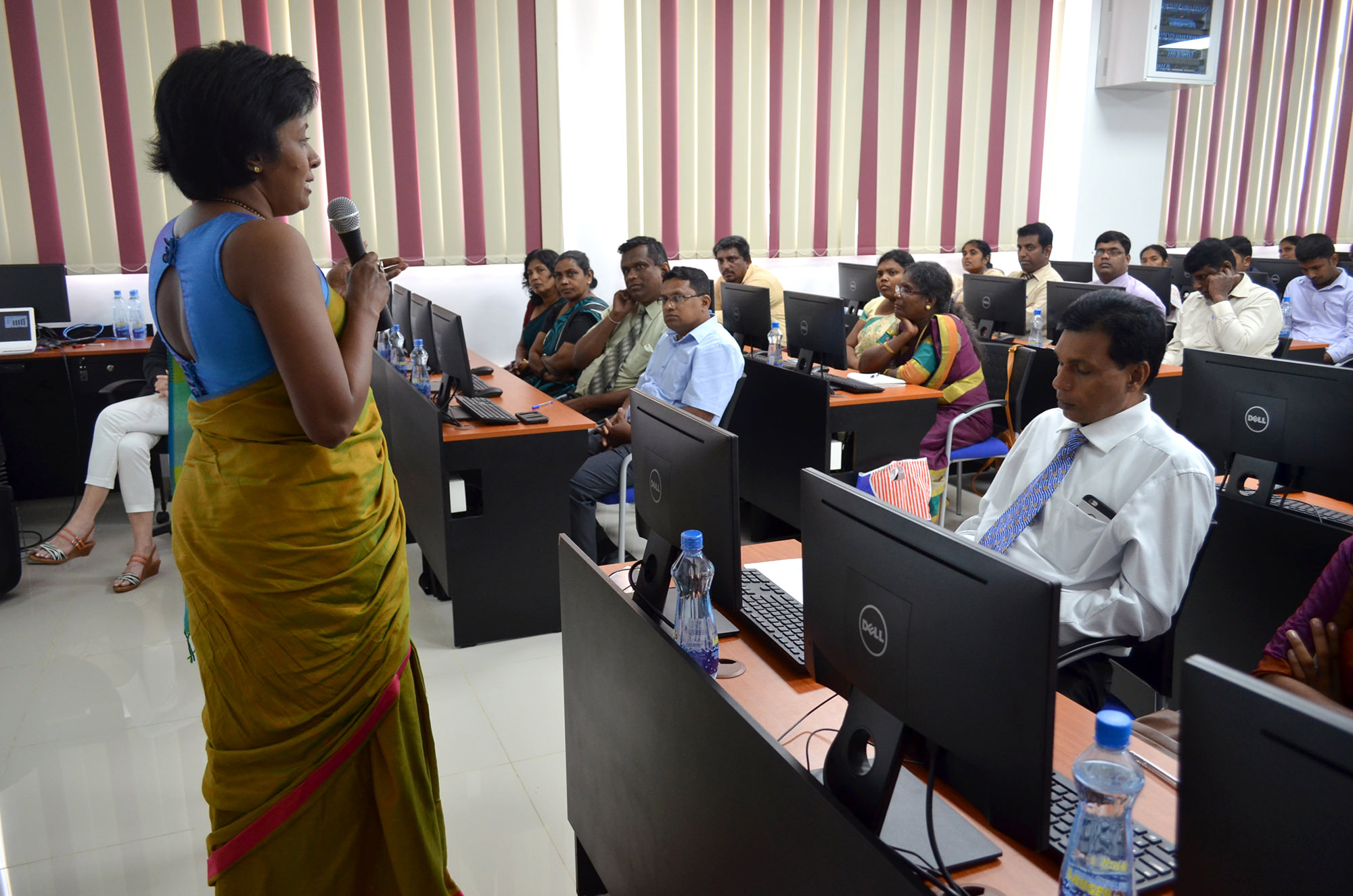 With two-thirds of deaths in the world currently unrecorded, many health policy decisions are made without adequate information. Data for Health, a $100 million initiative co-funded with the Australian government, assists low- and middle-income country governments across Latin America, Asia, and Africa in strengthening their public health data and improving the way they use this information to inform policy making and investments in public health. By working with national and local governments to shape new policies and provide accountability, Data for Health supports the keeping of more complete birth and death records, which will increase understanding—and, ultimately, save lives.

In one instance, Data for Health partnered with the Ministry of Health in Rwanda to support its systematic collection of information on deaths outside of a hospital. This is a critical step toward understanding the leading causes of death in the country, where an estimated 95% of deaths occur outside of hospitals.

“In many countries the cause of death is not noted, in many countries births are not in fact identified … get all of this data together through the use of technology, and then we can start to have evidence-based health policies that will actually make a difference.”
The Honourable Julie Bishop MP
Minister for Foreign Affairs Australia

Protecting the Lives of Children 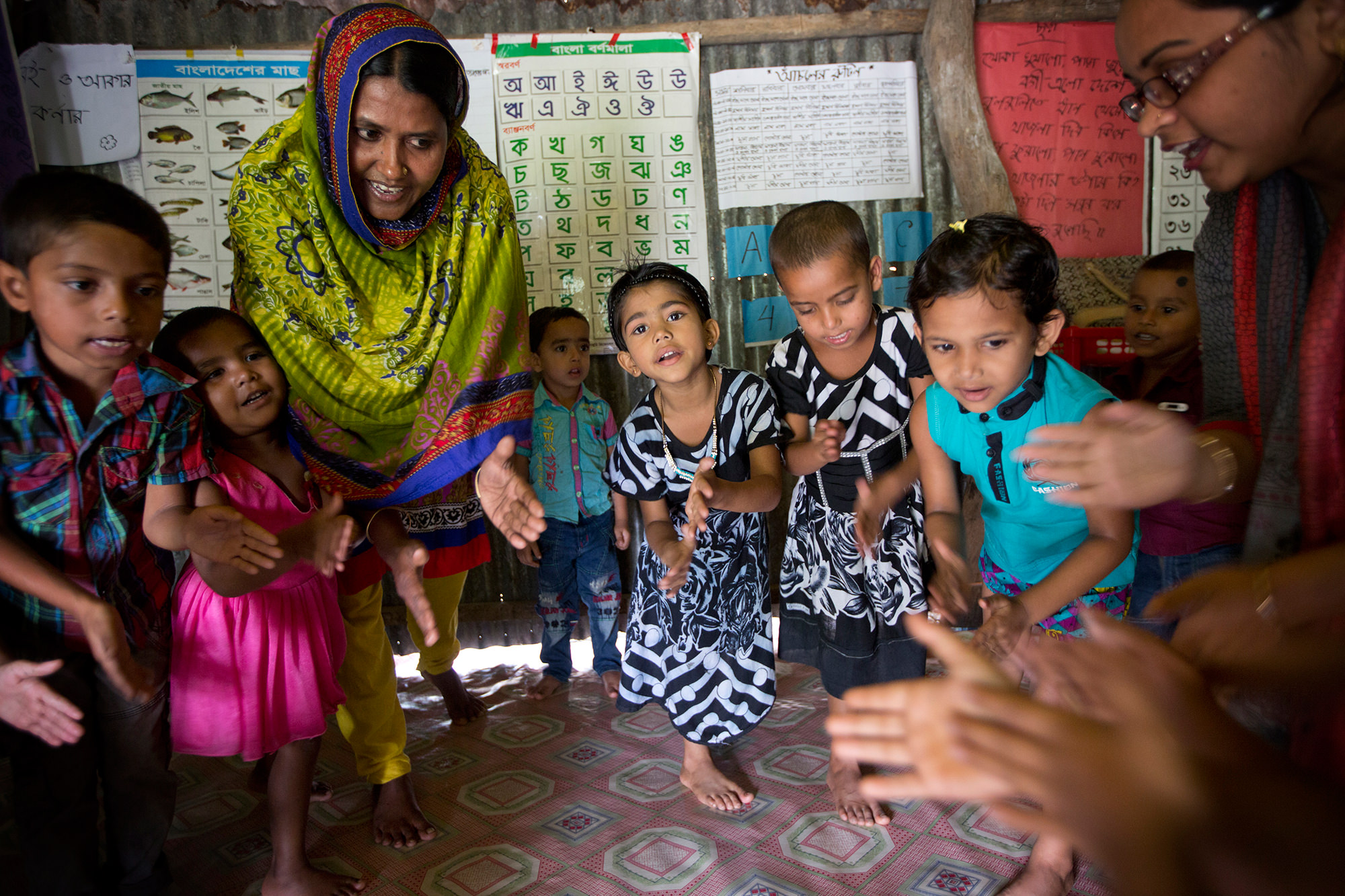 Young children participate in a drowning prevention program in Bangladesh.

Low- and middle-income countries bear the greatest burden of drowning, accounting for more than 90% of global drowning deaths. Half of all these deaths occur among those under the age of 25, with children under the age of 5 at an even higher risk. Fortunately, many of these deaths can be prevented. The Drowning Prevention program focuses on finding local solutions in rural Bangladesh. New research, led by the Johns Hopkins University Bloomberg School of Public Health, is seeking to understand the best interventions to save children’s lives. 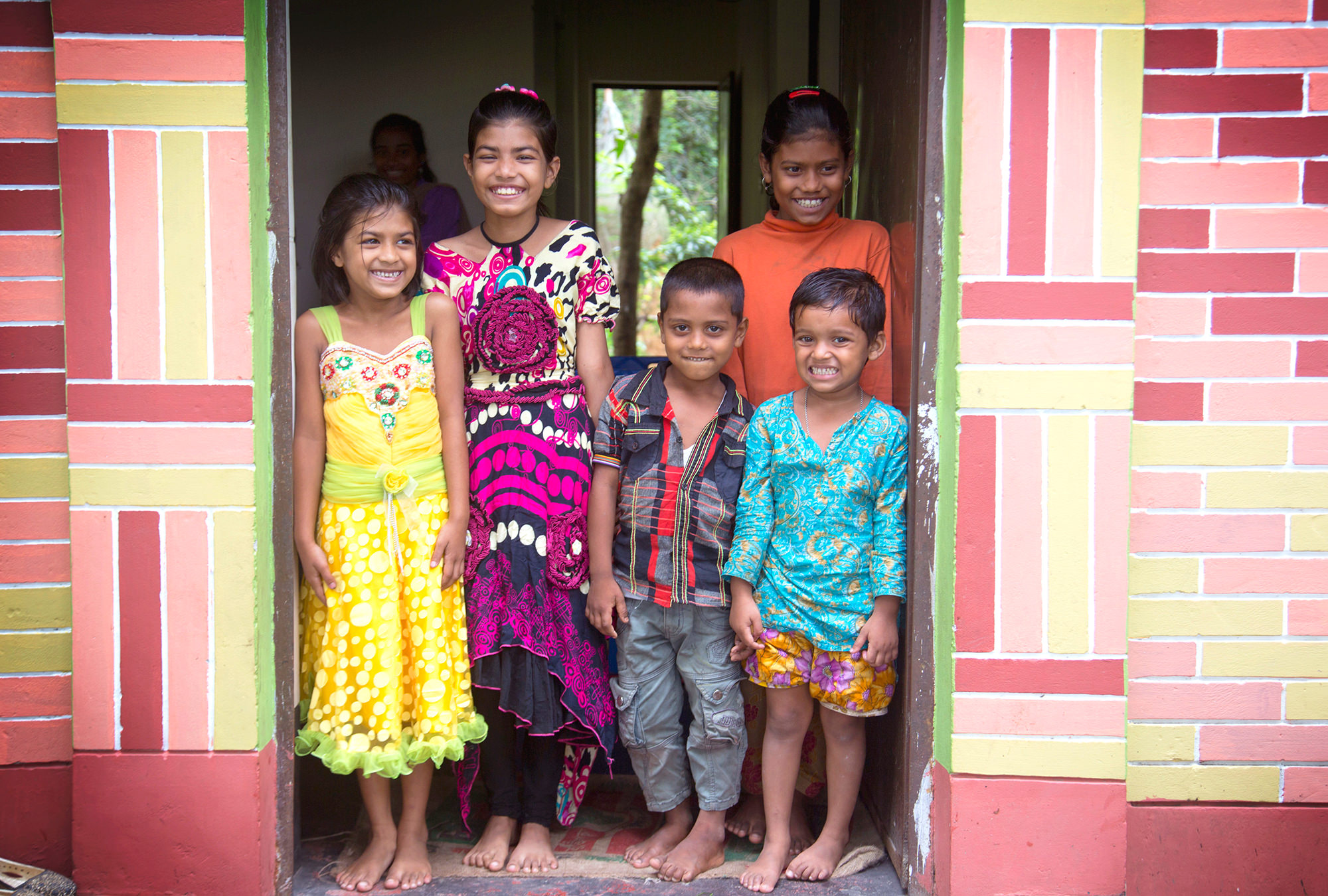 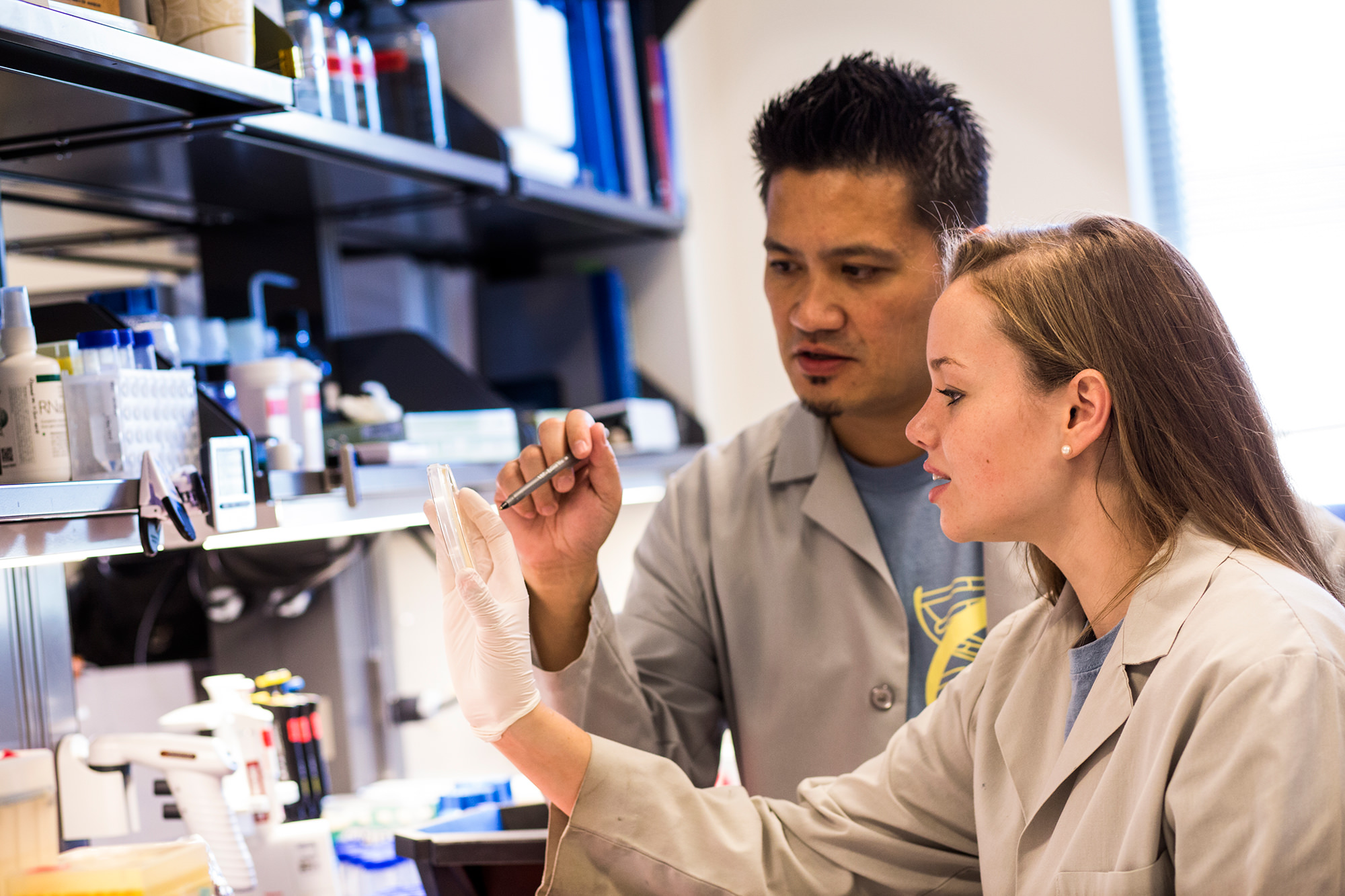 For the first time since 1993, the average life expectancy of Americans is declining—while life expectancy around the world continues to rise. In response to this, Mike Bloomberg made a historic $300 million investment to establish an initiative focused on improving the health of Americans. The Bloomberg American Health Initiative aims to improve the United States’ approach to five key areas of public health: drug addiction, obesity, gun violence, adolescent health, and environmental threats.

“Michael Bloomberg’s commitment to this transformational initiative is testament to his vision that, as our nation’s public health challenges have evolved, so too must our model of public health.”
Ronald J. Daniels
President, Johns Hopkins University

The Bloomberg School of Public Health was founded in 1916 as the Johns Hopkins School of Hygiene and Public Health, the first school of its kind in the world. In 2001, in honor of his contributions to the university—and to the public health school in particular—the board of trustees named the school after Mike Bloomberg. In 2016, to commemorate the school’s centennial, Bloomberg Philanthropies hosted an evening of celebration filled with stars, scientists, and world leaders—all working to save lives. To mark the festivities, Bloomberg Hopkins awards were presented, recognizing the extraordinary efforts of five global public health leaders: Dr. Margaret Chan, the director-general of the WHO; Tabaré Vázquez, the president of Uruguay; Professor Peter Piot, world-renowned Ebola and AIDS researcher; Ellen Johnson Sirleaf, the president of Liberia; and Bono, lead singer of the rock band U2 and global public health and anti-poverty activist.

“To all of you involved with the school of public health, I came tonight to say … thank you on behalf of the American people and folks all around the world. You’re the best of the best, taking on the toughest public health challenges in the world.”
Joe Biden
Vice President (2009–2017), United States of America 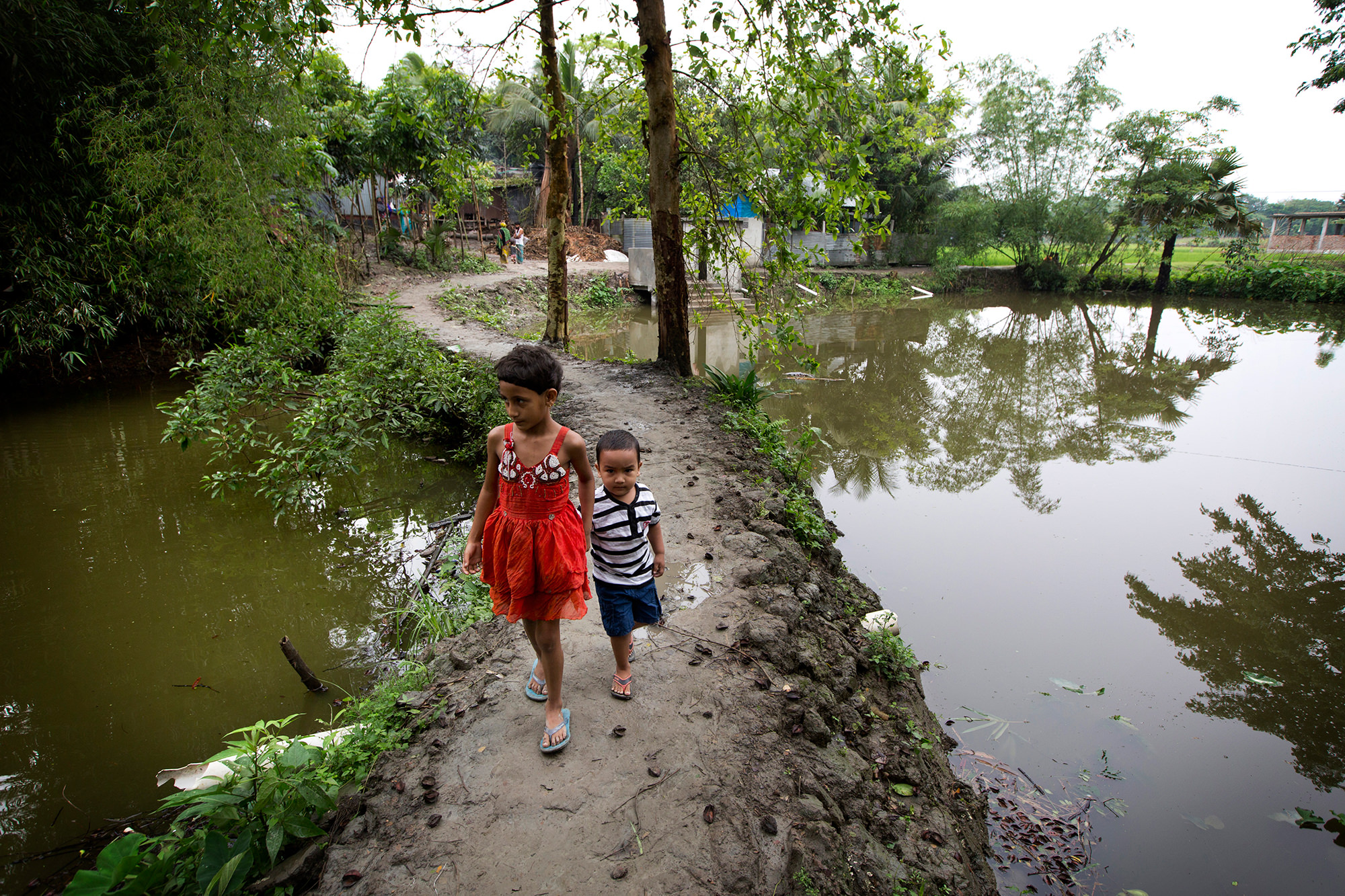