Philanthropic initiatives engage employees in service opportunities in their local communities across 74 cities in 45 countries and regions. The philanthropy and engagement team’s work strengthens the company’s core values of diversity and inclusion, sustainability, and wellness. Programs across Bloomberg L.P. work in alignment with Bloomberg Philanthropies to support the arts, education, the environment, human services, and public health.

Supporting the Next Generation 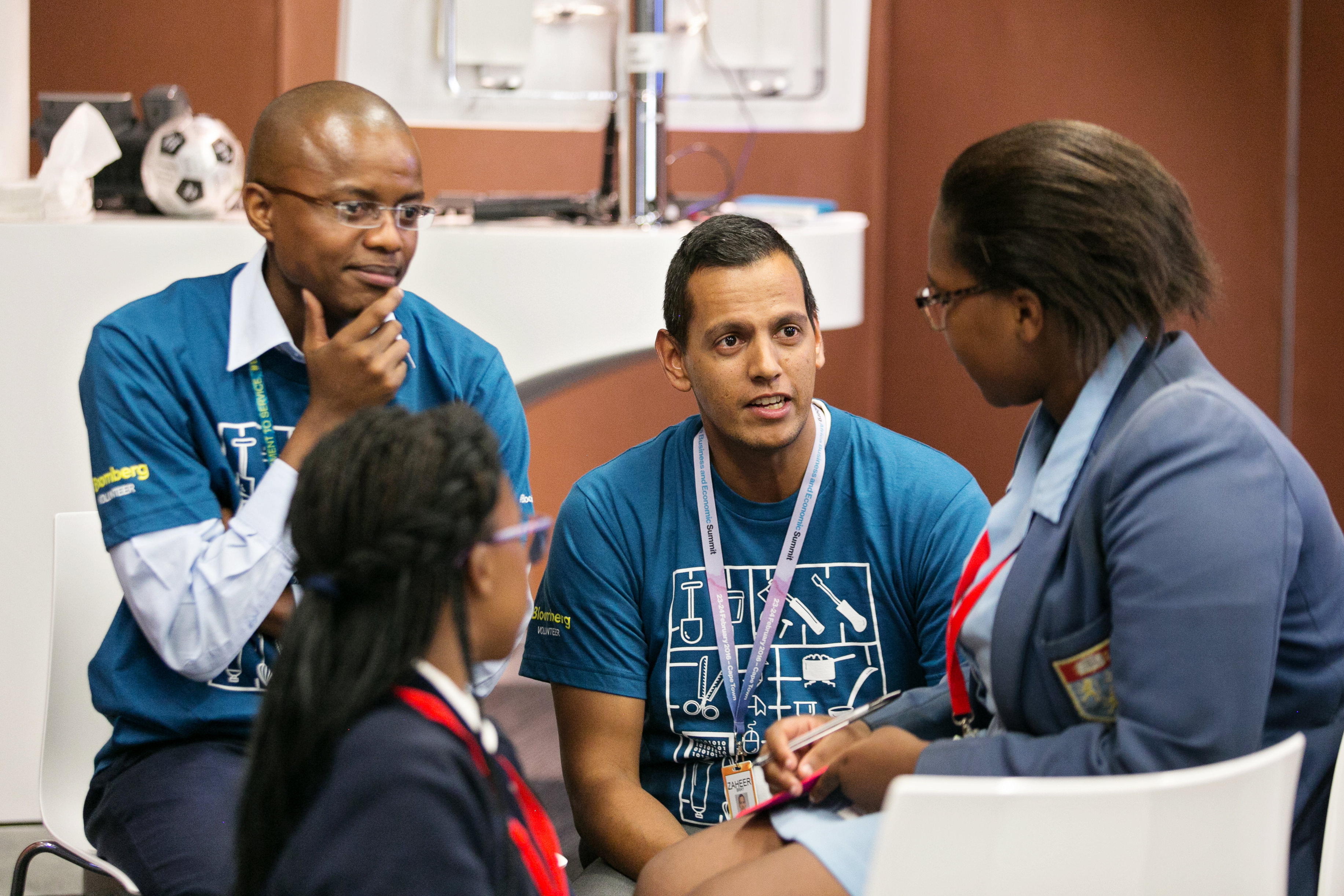 Bloomberg Startup is the company’s global mentoring program. Designed and led by employees in collaboration with nonprofit partners, the program supports academic achievement and prepares students for further education and future careers, especially in STEAM (science, technology, engineering, the arts, and mathematics).

In 2016, in honor of Bloomberg’s 35th anniversary, the company launched Bloomberg Startup 35 Scholars to provide funding for college to 35 high-achieving, low-income students from around the world.

The Art of Recycling

Waste Not Want It 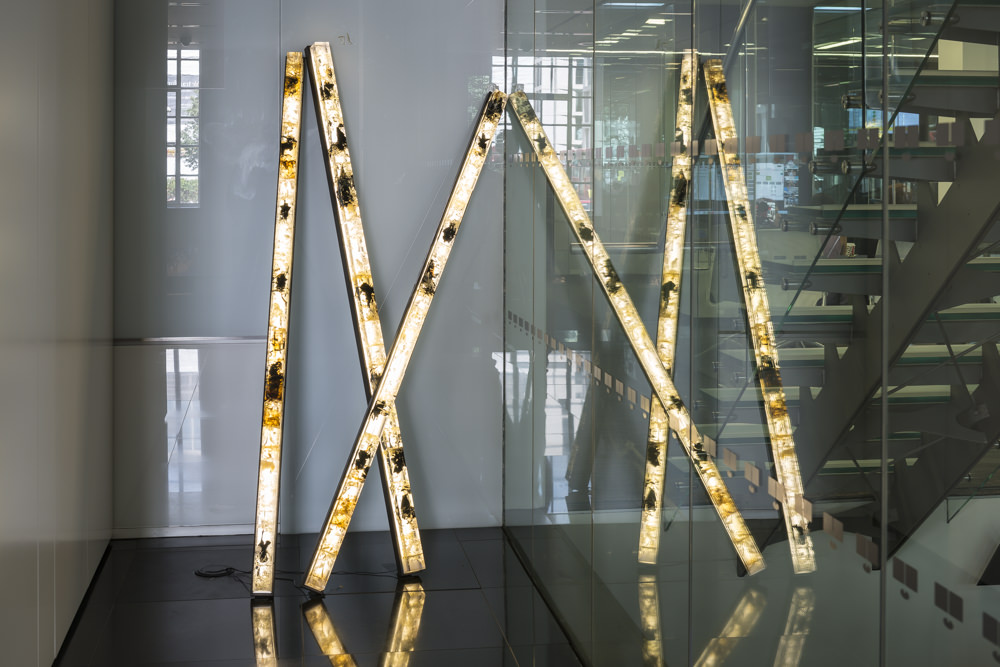 “I loved working on the Bloomberg Waste Not Want It project as it showed me that you can truly find the beauty in anything, even in recycled office waste.”
Lara Bohinc
Designer

Supporting Bloomberg’s ongoing commitment to creativity, education, and sustainability, Waste Not Want It provides a platform for some of the world’s most dynamic artists and designers through the commission of office furniture and art installations made almost entirely of Bloomberg’s recycled materials.

The works, created by both emerging and established designers, evolve in dialogue with Bloomberg employees and often reference the functionality of the hardware and software that powers Bloomberg’s products.

Conceived in London in 2010, the project has provided an opportunity for 37 artists and designers to explore innovative ideas about recycling, sustainability, and functional design through the creation of 40 commissions.

Past works, which use materials such as keyboards and cable wiring, have been featured throughout Bloomberg’s international offices, loaned to exhibitions, and reworked as production pieces around the world. 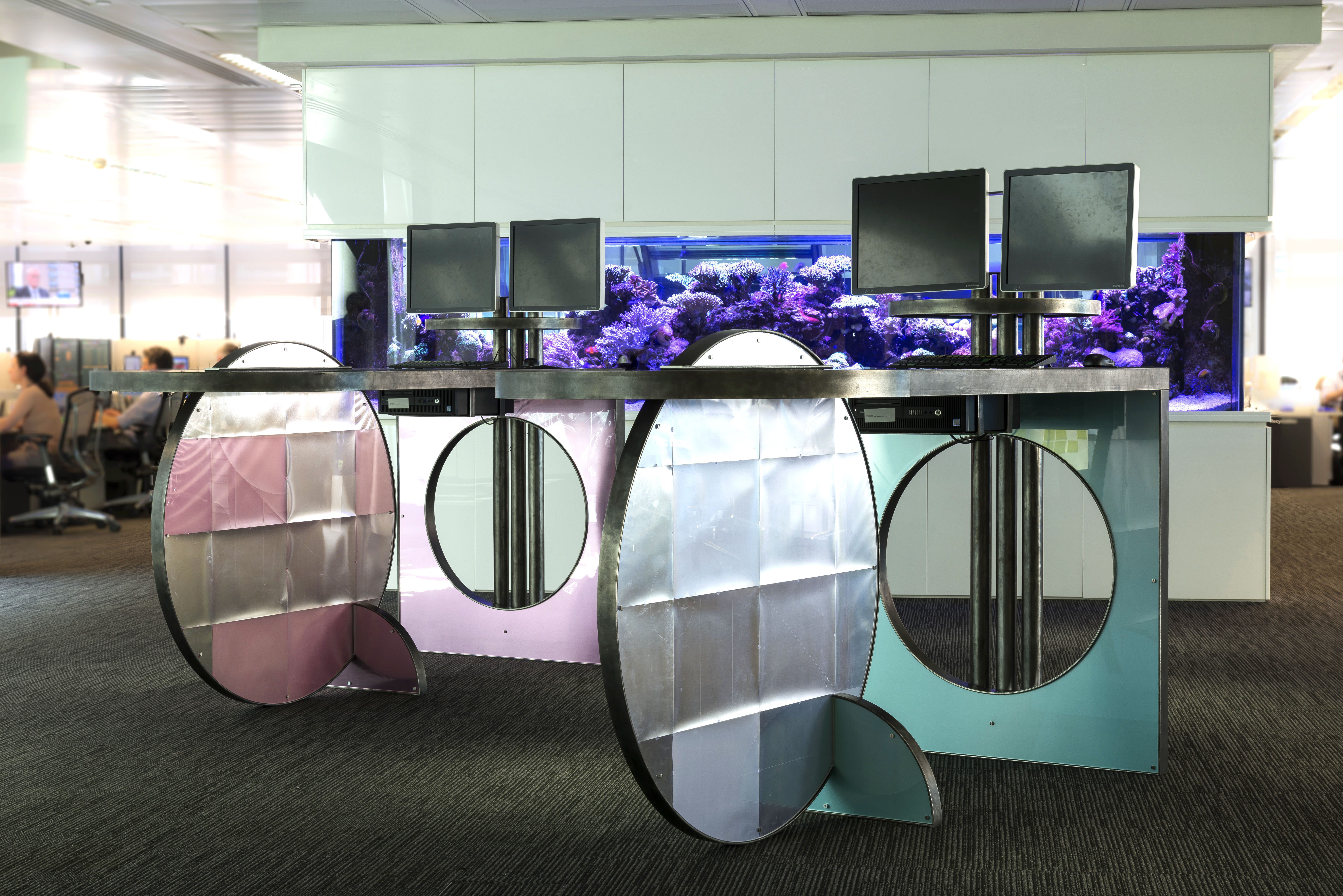 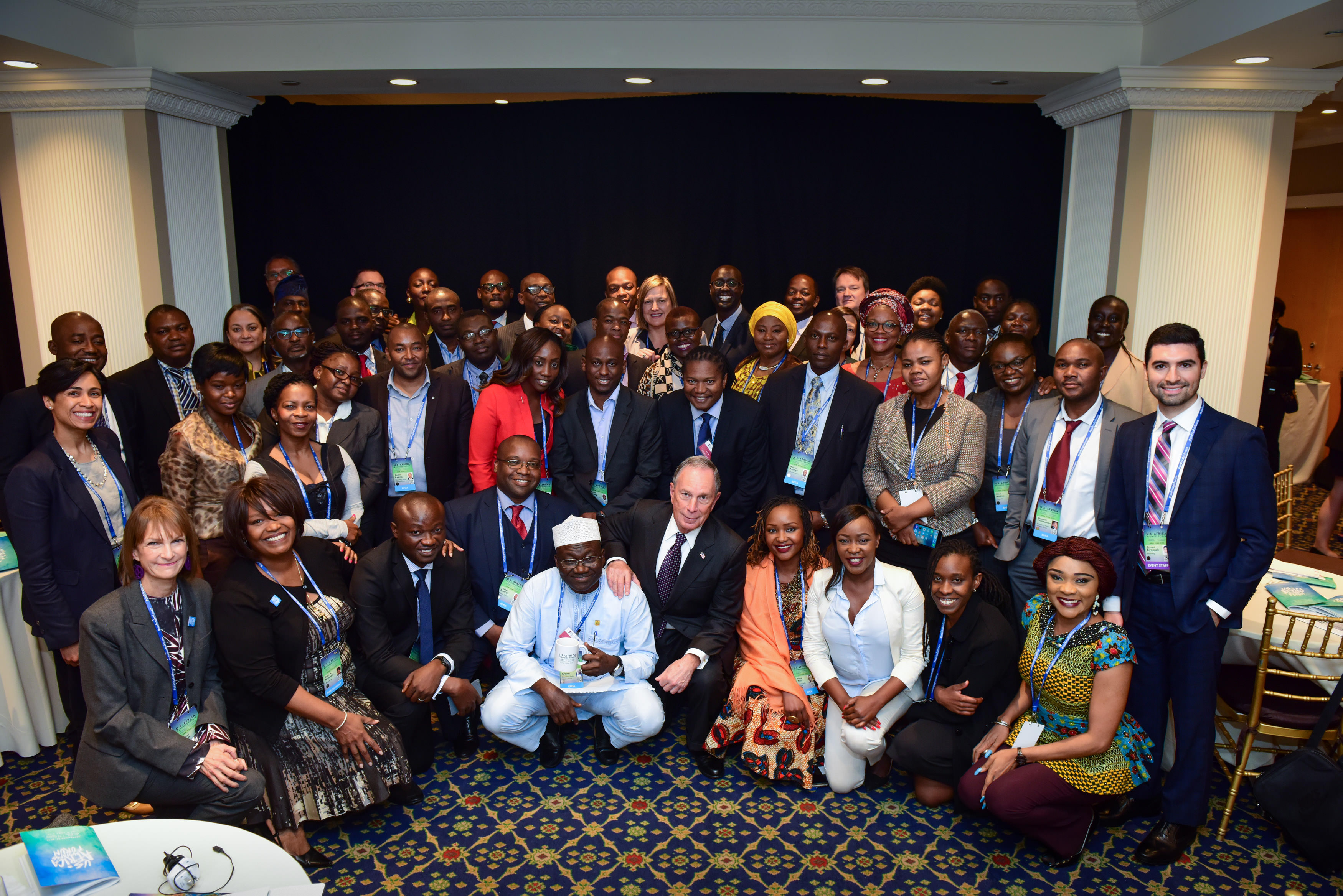 “The program has presented opportunities for me to take up the financial journalism desk in my workplace. It has also presented a networking opportunity through experienced tutors and fellow participants.”
Tullah Stephen
Journalist, The East African Business Times

The Bloomberg Media Initiative Africa is a program designed to build media capacity, convene international leaders, and improve access to information in order to advance transparency, accountability, and governance on the continent. The effort’s focus is on Kenya, Nigeria, and South Africa where the initiative provides financial journalism training and fellowships to mid-career professionals to increase the number of highly trained business and financial journalists; the initiative also convenes forums across Africa to examine worldwide media best practices and supports research to stimulate innovations in media. In 2016, 432 journalism, business, and government professionals were trained on the fundamentals of business reporting. 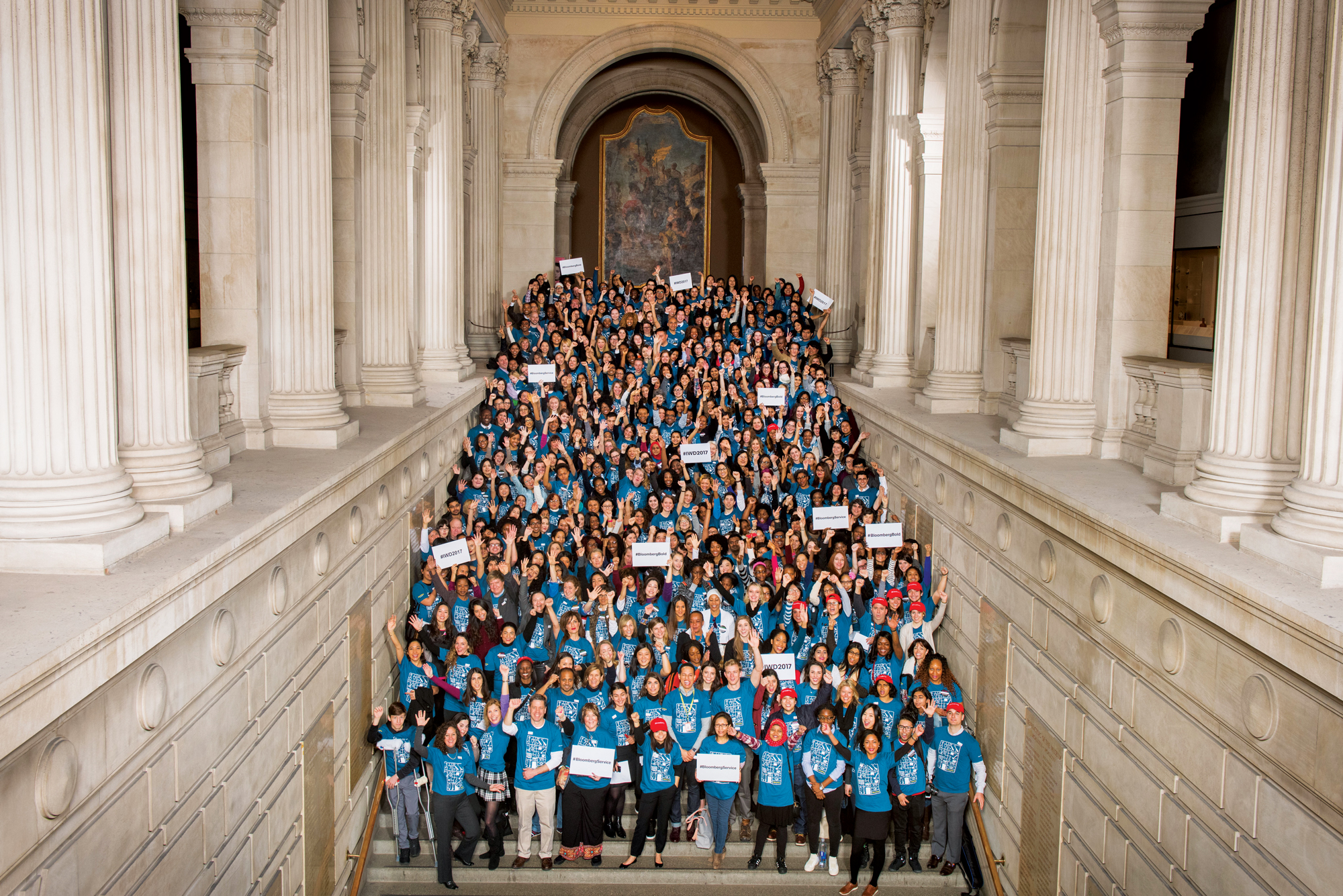