share
Twitter Linkedin Facebook Email
The Government Innovation program helps mayors around the world take risks in tackling their toughest challenges. By supporting city leaders with management training, spurring the use of data to make government more effective, and encouraging the development of innovative, replicable solutions to urban problems around the world, Bloomberg Philanthropies invests in cities—through Government Innovation and across all its programs—as drivers of change, improving the lives of millions.

Investing in Mayors and City Leaders

“… [This is] a pathbreaking gift that will strengthen cities and their leaders through collaborations with university researchers and educators focused on improving urban life.”
Drew Faust
President, Harvard University

Mayors are in charge of running large, complex organizations but often lack the opportunity to learn from one another about how to better manage cities. In an effort to support mayors and give them an opportunity to strengthen their leadership skills, in 2016, Bloomberg Philanthropies founded the Bloomberg Harvard City Leadership Initiative in partnership with the Harvard Kennedy School and the Harvard Business School.

By bringing together the best minds in public- and private-sector management, this initiative will equip mayors and their senior staff from around the globe with the skills, best practices, and connections needed to tackle the diverse challenges faced by cities today. Over four years, up to 300 mayors and 400 top mayoral aides will participate in the initiative’s executive year-long training program, which kicks off with sessions in New York City. 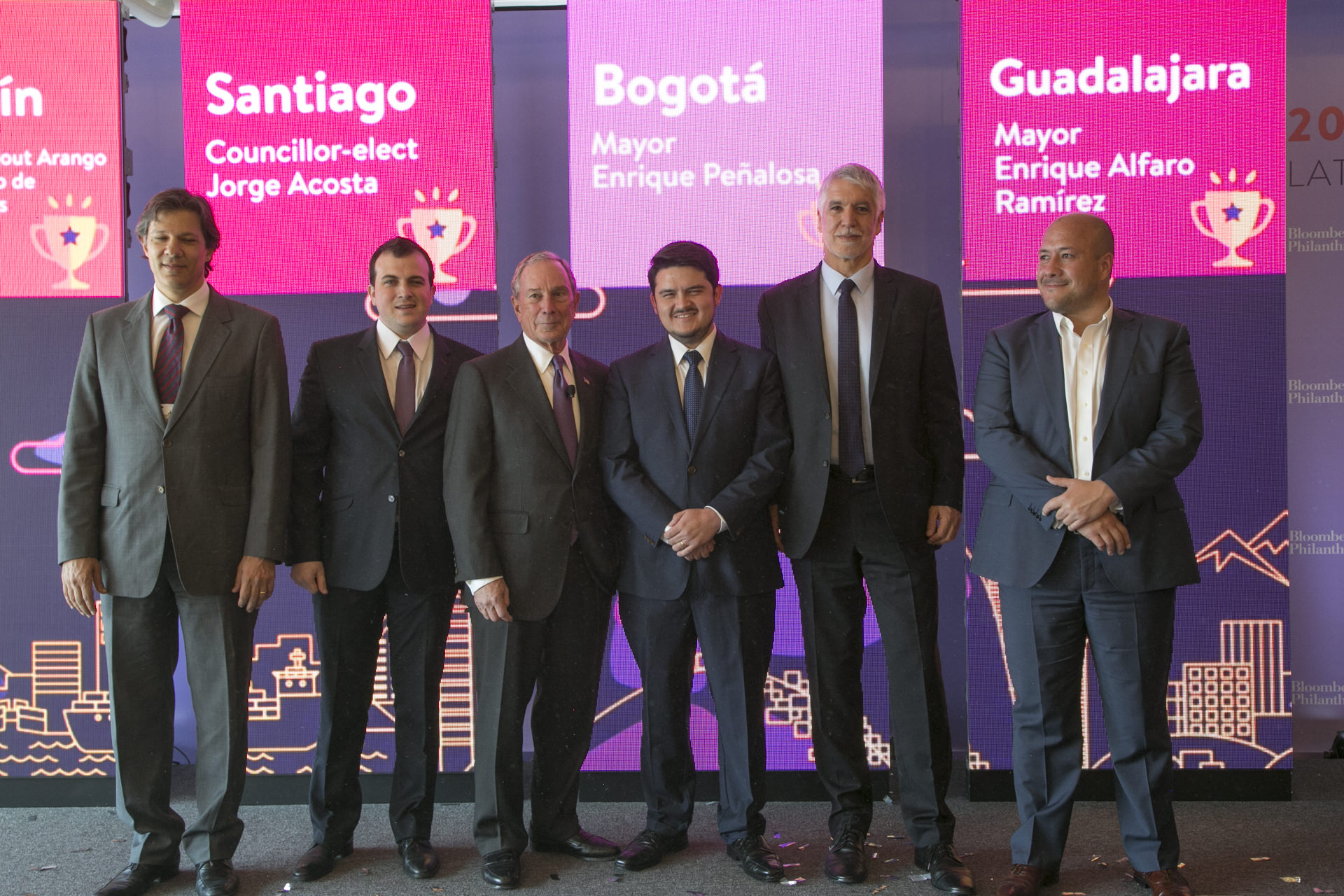 The Mayors Challenge is a competition that encourages mayors and their teams to come up with bold, new ideas that have the potential to solve urban problems and improve quality of life. The program has run contests across the United States, Europe, and Latin America and the Caribbean. Drawing upon the best ideas from cities tackling some of today’s thorniest challenges, Bloomberg Philanthropies funds the competition’s winners to test groundbreaking ideas—with the goal of spreading proven solutions to other cities facing similar challenges.

Ideas from past winning cities will be used to improve citizens’ lives not only in their own communities, but also in cities across the world. For example, the 2013 grand prize winner, Providence Talks, is an effort that is helping low-income parents in Providence, Rhode Island, to better prepare their children to enter kindergarten ready to succeed by increasing the number of words that their kids hear at home. Early promising results are providing a road map for other cities to replicate this innovative idea.

Building on growing success, the Latin America & Caribbean Mayors Challenge in 2016 had the highest participation rate to date: 290 cities from 19 countries throughout the region applied, representing 31% of eligible cities. 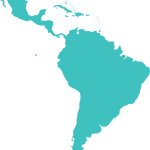 290 cities in 19
countries responded to the call for submissions 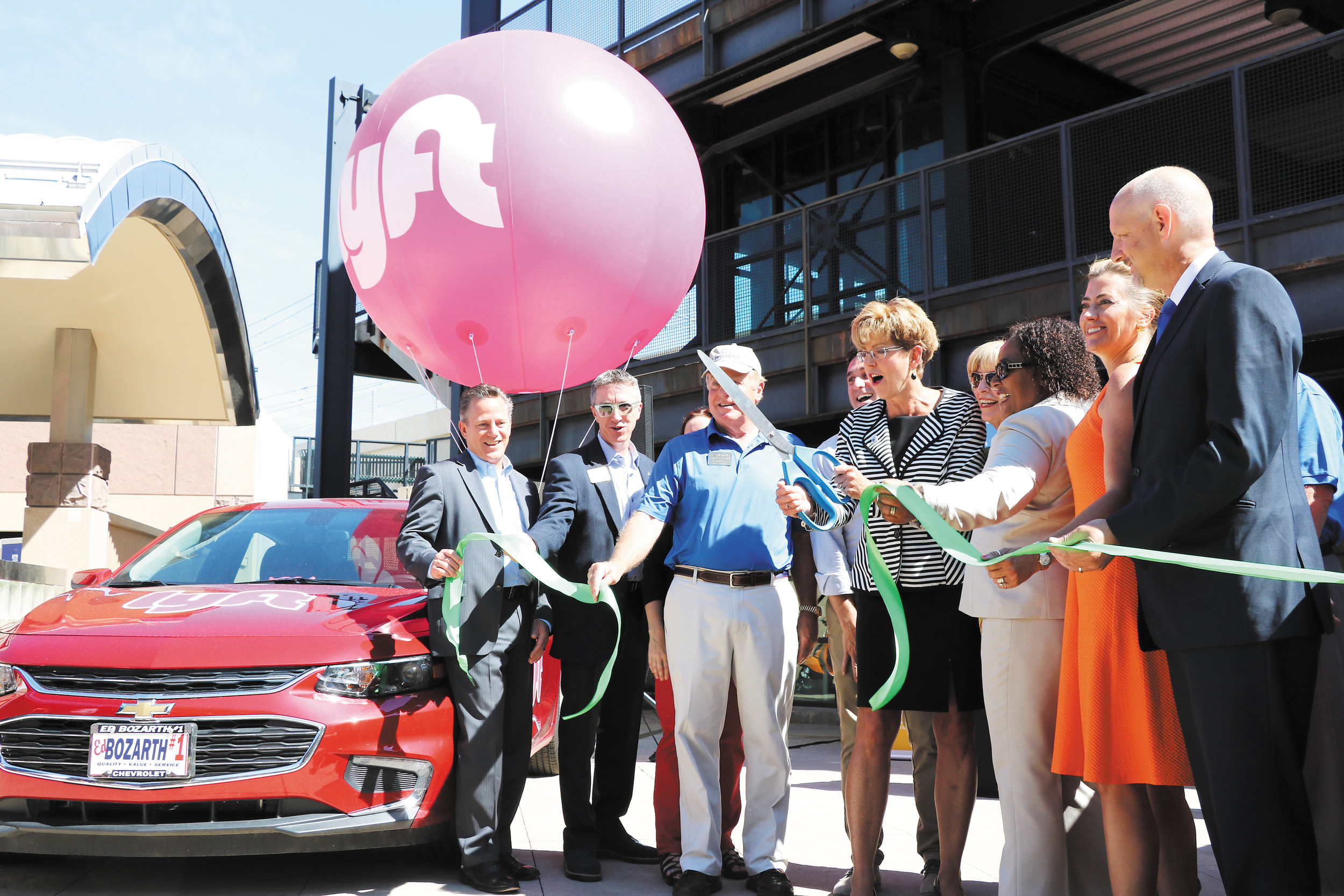 “Through the work of the i-team we have developed and piloted new technologies and data-oriented solutions for updating and improving the city’s infrastructure.”
Stephanie Miner
Mayor, Syracuse, New York

Since 2012, Bloomberg Philanthropies has supported dedicated staff in more than 20 cities to help mayors solve pressing urban problems. Mayors in cities such as New Orleans, Louisiana; Boston, Massachusetts; and Tel Aviv, Israel, have effectively used i-teams to improve public safety, create jobs, and make government more responsive to constituents’ needs. In Centennial, Colorado, for example, Mayor Cathy Noon and the City Council directed an i-team to develop ways to increase the use of public transportation and reduce traffic congestion. In response, the i-team helped the city to form an innovative partnership with a rideshare service to get commuters to their closest light rail stations.

To allocate resources efficiently and ensure city initiatives are actually improving residents’ lives, city leaders have to use data and evidence. But many cities across the United States struggle to make good use of the data that is available to them. Bloomberg Philanthropies’ What Works Cities initiative tackles this challenge head-on by providing world-class technical assistance to show cities how to harness data, use it to improve services, and ultimately make better funding and policy decisions.

Since 2015, Bloomberg Philanthropies has helped more than 75 mid-sized American cities use data to engage residents in a smarter way and respond more effectively to citizens’ needs. In Mesa, Arizona, for example, What Works Cities supported Mayor John Giles and his team in identifying the most blighted neighborhoods and then redirecting nearly $800,000 to those communities. In another city, Chattanooga, Tennessee, What Works Cities helped officials who were struggling to diversify the police force to develop more effective outreach strategies. 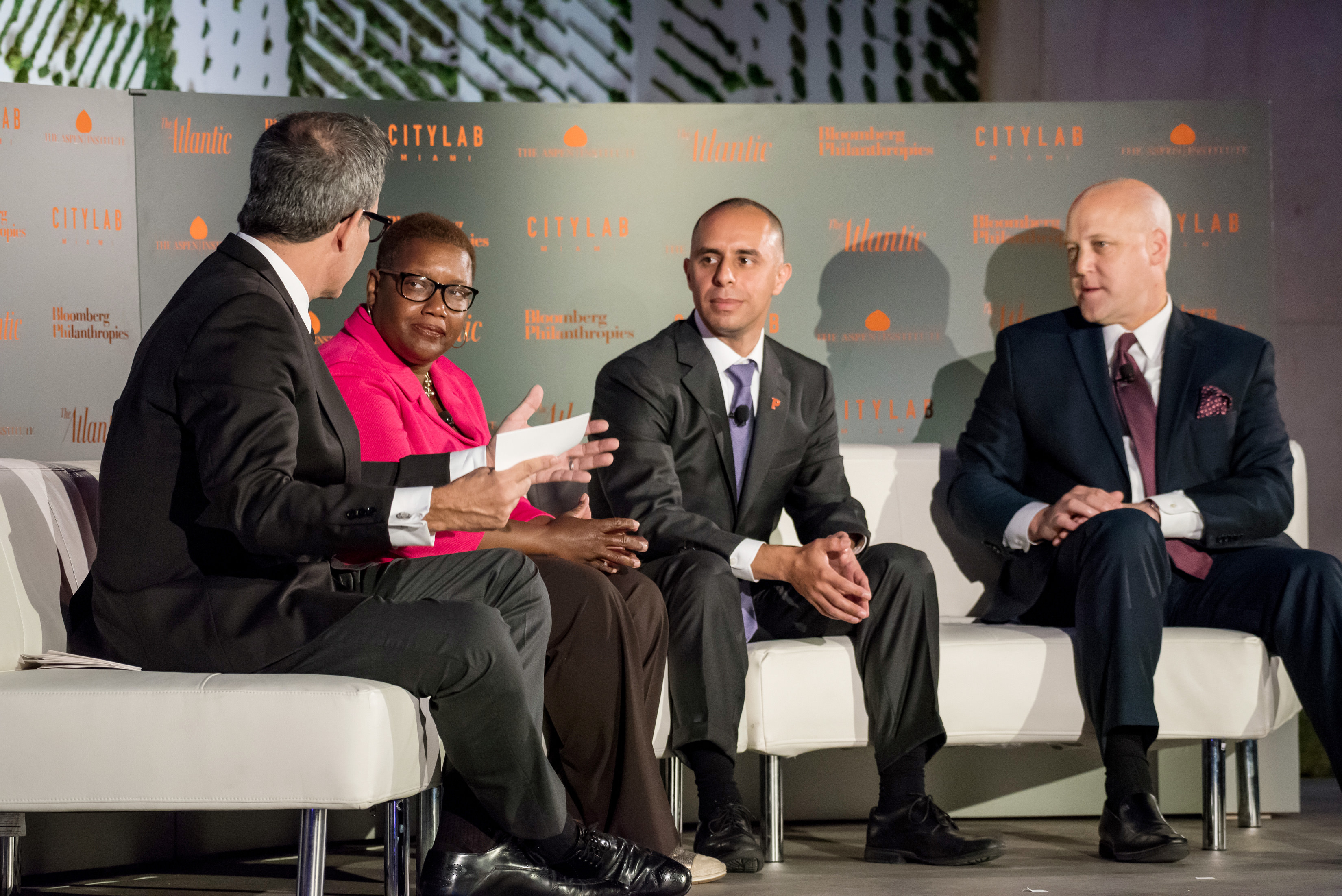 “Because we mayors get feedback quickly, we also have to act quickly. It is critical that we can look to what other cities are doing, find best practices or learn from mistakes, and add value to what’s already working in other places.”
Mitch Landrieu
Mayor, New Orleans, Louisiana

CityLab
October 23-25, 2016
Miami, Florida
The fourth annual CityLab, hosted in Miami, Florida, brought together mayors, artists, academics, and other leaders from across the public and private sectors to learn how each is working together to creatively solve urban challenges around the world. Over three days, Bloomberg Philanthropies, the Aspen Institute, and The Atlantic helped transform Miami into an ideas incubator. Participants and speakers hailing from 35 countries engaged in thoughtful, passionate debate on stage, in breakout sessions, on panel discussions, and during tours of the city. Past CityLabs have been held in New York, Los Angeles, and London; the 2017 edition will take place in Paris. 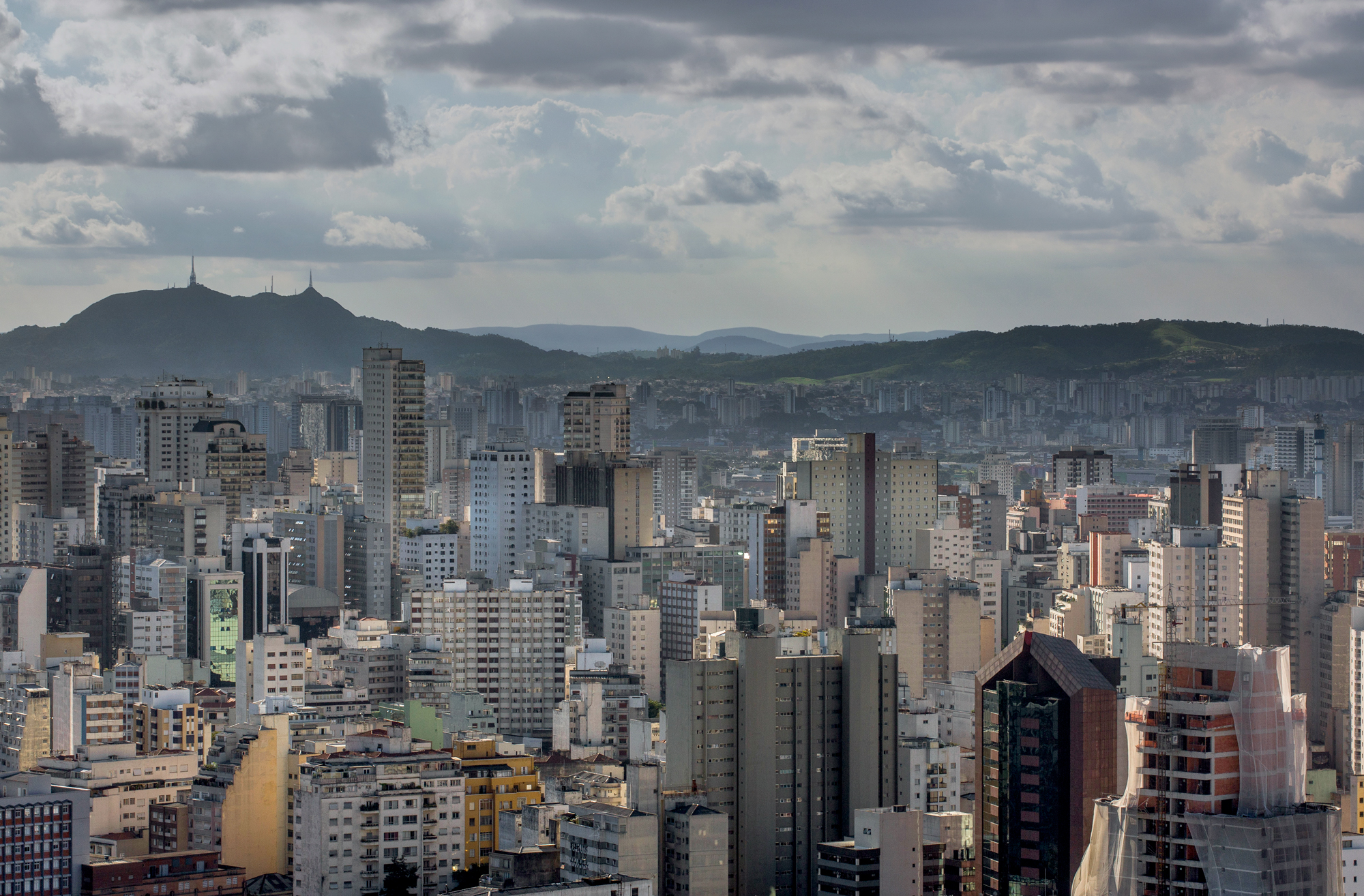